Today’s focus will be on a place which is not known by many, but stands as an example about how thousands of people are facing life crisis, due to growing environmental impacts and global warming.

Tuvalu is a small island in the Pacific Ocean, with a population of 10,640, merely 0.9% of the population of Navi Mumbai. It is in the halfway of Australia and Hawaii islands. With only one hospital in the entire nation, and a pretty decent literacy rate of 99%, Tuvalu is just like any other small island of Oceania. And so, the problem it faces is also the same problem faced by any islands of Oceania. The rise in sea level. 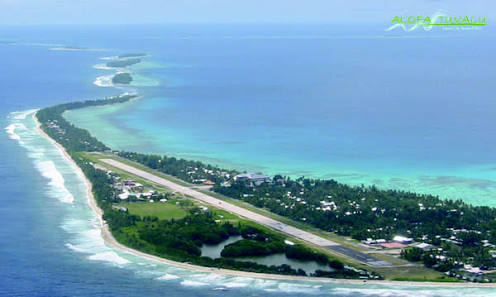 The economy and the livelihood of almost all families of Tuvalu depends on fishing. But with rising global warming, and growing heat of lagoons, it is not only posing a threat towards the common people’s livelihood, but also on the entire island. Poor waste and waste water management is adding to the effects of coastal erosion, increased flooding, storms and changing rainfall patterns, all of which are affecting fish stocks and entire ecosystem across its nine inhabited islands.
Fish is an important stuff in Tuvalu. Nearly every family has one fisherman, as it is ‘cheap’. A Tuvalian sells 500gm of fish everyday, it is their staple diet, and is the only thing that they don’t import. While Tuna is gathered from the ocean, other ordinary fishes are gathered from the lagoons.

Now due to rapid climate change, coral reef is decaying and dying. Increasing sewage concentration in lagoons, known as eutrophication in Science, is causing algal blooms, causing fishes to die. This has affected the people on a large scale. Now they have to travel 14 km into lagoon to get fishes, whose size have also considerably decreased. Increasing urbanisation is also to blame. Funafuti, the capital, is getting overpopulated, and as a result, lagoons are dried up giving way to apartments, and many commercial crops are grown in wastelands.

The increasing sea level has also affected several crops. As one resident says,

We used to have banana trees, just here. But since the last ten years, seawater is seeping through the ground, and ground became salty, plants became yellow and died.

Such is the story not only of Tuvalu but of countless islands and atolls across the oceans of Earth. While some are fearing their income sources, others are doubting whether they can live in the island after ten or twenty years. These places are small treasures dotted on the face of mother earth. Proper management is the call of hour to protect these islands from pollution and sinking.